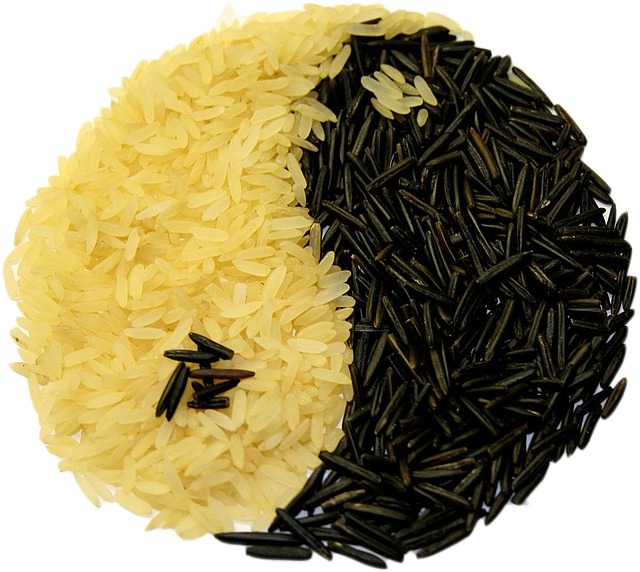 A while ago I wrote a short Cooking Tip about rice. In that Tip, I discussed the different varieties in terms of grain size. In this Tip, I would like to expand on what I wrote previously. According to SeriousEats.com, there are over 40,000 varieties of rice. I don’t know about you but I cannot imagine that. We will only cover a very small number of these types.

Another point to understand is that rice contains two kinds of starches – amylose and amylopectin. Different varieties contain different ratios of these starches and that leads to a different result when cooked.

A higher proportion of amylopectin (as found in short and medium grain rice) means that the rice softens more completely and thickens sauces better. The grains have a greater tendency to cling together and make rice sticky when cooked. This makes them great for risotto, rice pudding or sticky rice.

If amylopectin is low and amylose high (as in long grain rice), each cooked rice grain is dry and fluffy and remains separate. This is a perfect type of rice to use in pilafs, fried rice or as a side dish.

Here is a list of just a few rice varieties that are available.

You might just read Long Grain rice on the package at your supermarket. It is probably what most people have in their pantries and can be bought in both white and brown.

Basmati rice is the “go to” rice in Indian and Middle Eastern cuisine. More than 70% of the world’s supply of this rice comes from India. It is very fragrant with a somewhat nutty flavor. Being a long-grain rice, it works great in pilafs or as a side dish for curries. It is available in both white and brown.

Jasmine rice is what you find served with Thai meals. It has a floral aroma with a slightly sweet flavor. Even though it is a long grain rice, it does become slightly sticky when cooked. You can find it in both white and brown varieties.

Arborio rice is best known as “risotto” rice although this is not the only rice that is used to make risotto. It is the most available in our supermarkets, though. Because it is high in amylopectin starch, when cooked correctly, it is chewy and creamy – making it ideal for risotto and rice puddings.

Carnaroli rice is another Italian rice that is perfect for risotto and rice puddings. It has a firmer texture and holds its shape better than Arborio.

Valencia/Bomba rice is a Spanish short grain rice with kernels that are almost spherical. It is the rice most commonly used in paella. As it is highly absorbent, it requires more water to cook than other varieties. Due to its high amylose starch content, it does not stick together.

Brown rice is a whole grain rice. It comes in short, medium and long grain varieties. It is processed by only removing the outer, inedible husk. As opposed to white rice, the germ and bran is left intact. This results in a denser texture with a nutty flavor and preferred by nutritionists because of its higher fiber and vitamin content.

Red rice is also known as Wehani if American-grown. Imported versions are called Himalayan, Bhutanese or Camargue rice and it takes its name from the red color. It is considered another whole grain rice and thus is touted for its higher nutritional content.

Black rice is sometimes labeled as Forbidden rice, Japonica or Emperor’s rice. It is very high in a certain antioxidant (the same one as found in eggplant and blueberries) and this is the reason for the black color. It turns a purple or lavender color when cooked. It is not only very flavorful but very high in nutritional value.

Glutinous rice (sticky rice, sweet rice) is very sticky when cooked due to the low amylose content. When ground, it is known as mochiko or sweet rice flour. Despite the name “glutinous”, this rice does not contain any gluten. Glutinous actually means “glue like”.

Sushi rice is a short grain Japanese rice. It is sticky in texture but not quite as much as glutinous/sticky rice. The rice is rinsed to remove the outer coating, boiled and then mixed with a vinegar mixture. In fact, the word sushi translates to “vingarized rice”.

Wild rice is not a rice. Rather, it is a seed of a grass that is native to North America. It takes much longer to cook and has a very chewy texture. It is another good source of nutrients.

You might see something called Parboiled or Converted rice. It has been treated with steam pressure before milling, which produces a tan grain that is firm & stays separate when cooked.

Instant rice has been partially or completely cooked and so, only takes only a few minutes to prepare. What you gain in convenience, though, you lose in taste and texture.

So many rice varieties to try. If all you eat is white rice, I encourage you to try some of the other types. You may be pleasantly surprised!