You have probably noted that many recipes call for some type of alcohol, whether it be wine, a liqueur or other type of spirit. You may have wondered if the alcohol is necessary or whether you could either leave it out or substitute another liquid. There is also some misinformation out there on how much of the alcohol cooks off with heat. In this tip, I will help you with some of these conundrums.

Alcohol does a number of things in your dish. Here are a few:

• It adds flavors, not only the flavor of the alcohol but it also causes chemical reactions, which produce new flavors.

• The sugar in the alcohol can caramelize, adding a different flavor.

• It can soften harsh flavors & highlight others.

So, yes, the recommended alcohol generally makes a difference in your cooking. Let me give you an example. I have a recipe for a delicious cake that is filled with a raspberry mixture. It calls for 6 tablespoons of a pear liqueur – not much for the entire cake. One time I made it without the liqueur because I couldn’t find any to purchase. The cake was nothing special and I wondered if I had done anything wrong. The next time I made it I used the liqueur and all the flavor & brightness that I was expecting returned. So, could I make the cake without the alcohol? Yes. Would it taste the same? No.

Can you substitute another liquid such as chicken broth, fruit juice or even water? Yes, but do not expect the end dish to be the same. That doesn’t mean it will necessarily be bad but it won’t be the same. That is why I encourage you to try the recipe as written with the alcohol before you attempt any substitutions.

You do not have to buy the most expensive wine or other alcohol. You may have heard the adage: “Don’t cook with a wine you wouldn’t drink.” That is not true. A 2007 New York Times expert did an experiment cooking different dishes with different wines – all at different price points. What the author found was that “wines that I would have poured down the drain rather than drink were improved by the cooking process, revealing qualities that were neutral at worst and delightful at best.” “Wines of complexity and finesse were flattened by cooking or, worse, concentrated by it, taking on big, cartoonish qualities that made them less than appetizing.” One caution the author made was to avoid wines with abundant tannins as they can concentrate during cooking and become very astringent and even bitter. There are some general recommendations and if you want those, email me. If you shop at a place where the staff knows the alcohol, ask them for recommendations.

One last item I want to cover is that contrary to popular belief, alcohol does not easily cook off. A study done by the US Department of Agriculture showed that even after cooking an item for 30 minutes, 35% of the alcohol remained. After 2½ hours, 5% remained. If you want to read the actual study, email me.

I understand that some people just don’t want to buy alcohol. Neither I or my husband drink any alcohol. However, because of its amazing qualities in the kitchen, I always have some available. 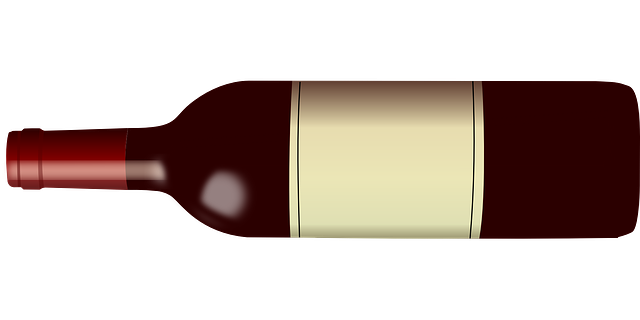